Joining as a live guest in the SocialiveGO mobile app

Written by Nicolas Parr
Updated over a week ago

You've been invited
When a host invites you to join a broadcast, you will receive an email invitation. Tap the Join the Broadcast button in the email.

Make sure you are in GUEST mode
From the main Dashboard screen, select the broadcast you were invited to join.

If you are joining for the first time, be sure to select Join as a guest. You can change this later under the Settings menu. 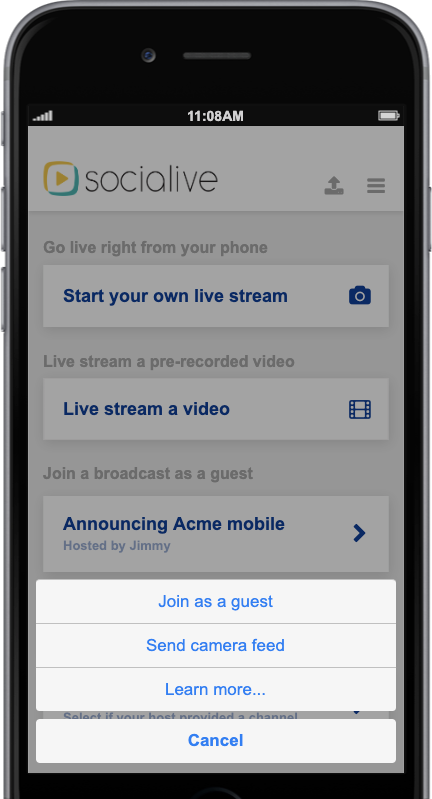 Tap to join
When you are ready to enter the Green Room, tap the red button.

Green Room
The Green Room is a virtual conference where the host and guests can communicate before a broadcast or recording begins.

Standing By
When the host starts the broadcast, the guest thumbnails disappear and the live broadcast or recording appears at the bottom right.

You're Live
When the host brings you on-screen, the status bar at the top turns red and says YOU ARE LIVE.