Record a broadcast directly to your computer

Written by Nicolas Parr
Updated over a week ago

While Socialive automatically records an archive of every broadcast in the cloud, you can also record the broadcast directly to your computer's hard drive. Local recordings aren't subject to the same bandwidth limitations as live broadcasts that can sometimes affect resolution, bitrate, and overall video quality.

Recording to your computer is a great option for:

How to record a broadcast to your computer

In Studio simply check the "Record locally while streaming" option in the right-side Broadcast panel: 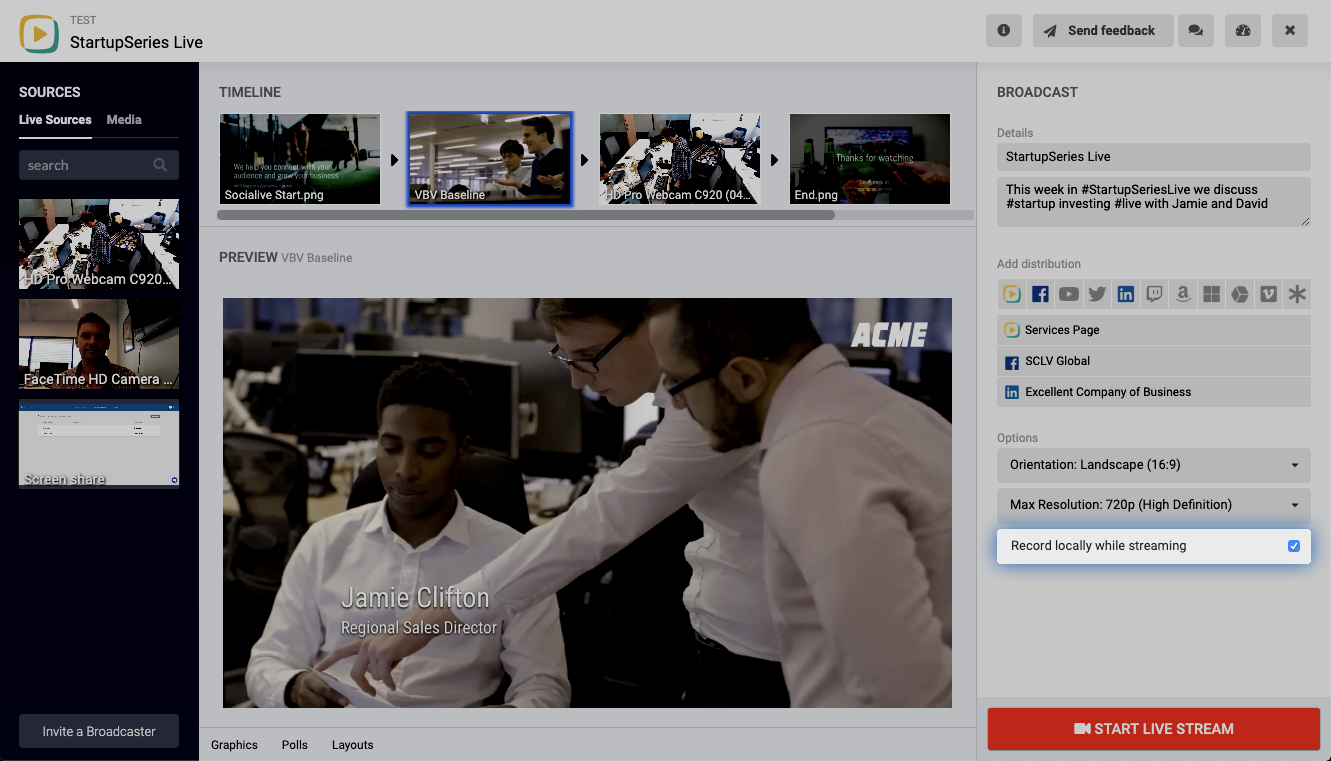 When checked, your broadcast will be recorded both to the cloud under your account and to your computer's file system.

Once your broadcast is complete, you will be prompted to download the video to your Downloads folder: 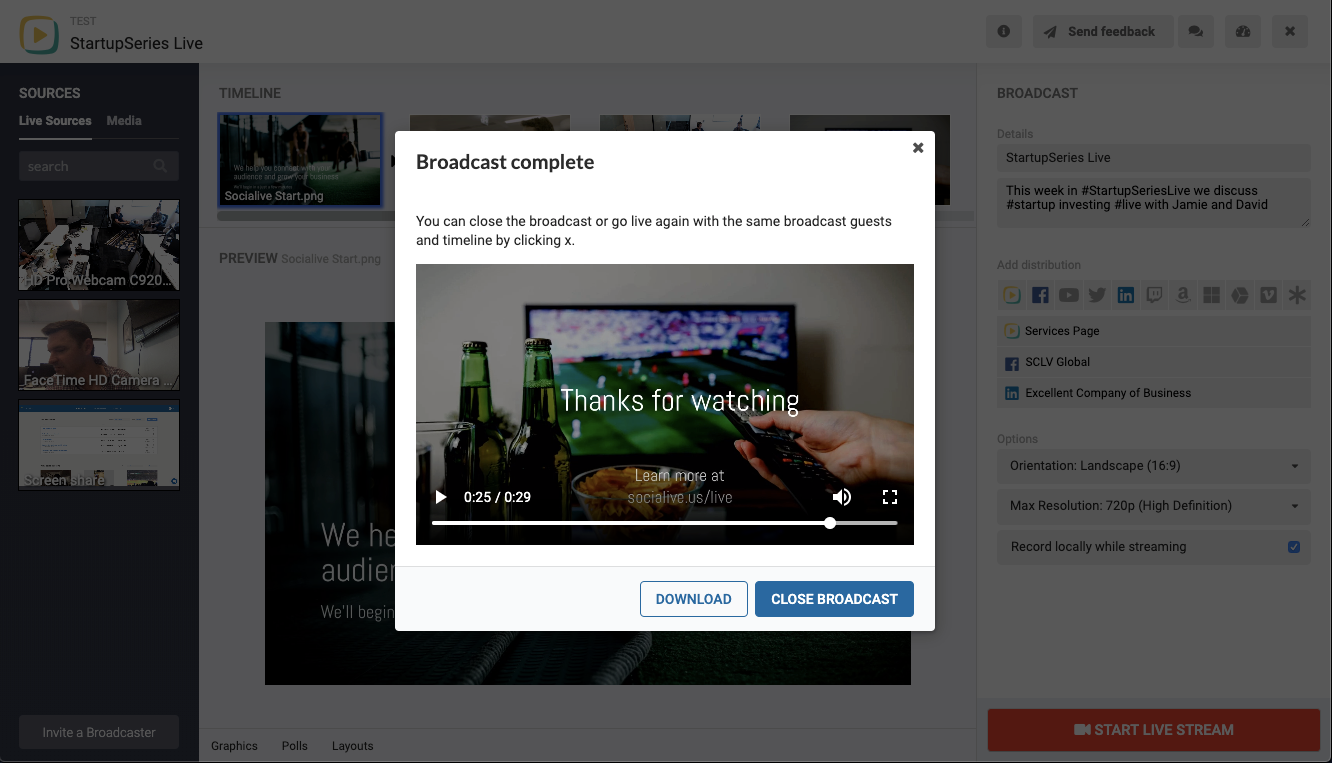 How to view your MKV recording

Your broadcast will download as a MKV file. You can open an MKV file with most modern web browsers, like Google Chrome, Opera, Firefox, Microsoft Edge and Internet Explorer. If you want to play MKV files in the Safari web browser on a Mac, you can do so through VLC with the VLC for Mac OS X plugin.

The MKV Video file format is also supported by Windows Media Player (so long as DirectShow Filters are installed, too), MPlayer, KMPlayer and Miro.

Converting MKV to a different format

Need a different video format? You can easily convert MKV to MP4, MPEG and other formats using a a number of free tools, such as Free MP4 Converter or Media.io.