Functionality and best practices for screencasting

Written by Jonathan Joffe
Updated over a week ago

Using Screen Capture in Socialive Desktop, you can digitally broadcast your computer screen's output, allowing you to properly demonstrate software functions to your viewers.

To Screen Capture, navigate to the top of the Socialive Interface, and click "Screen Capture" in Live Sources: 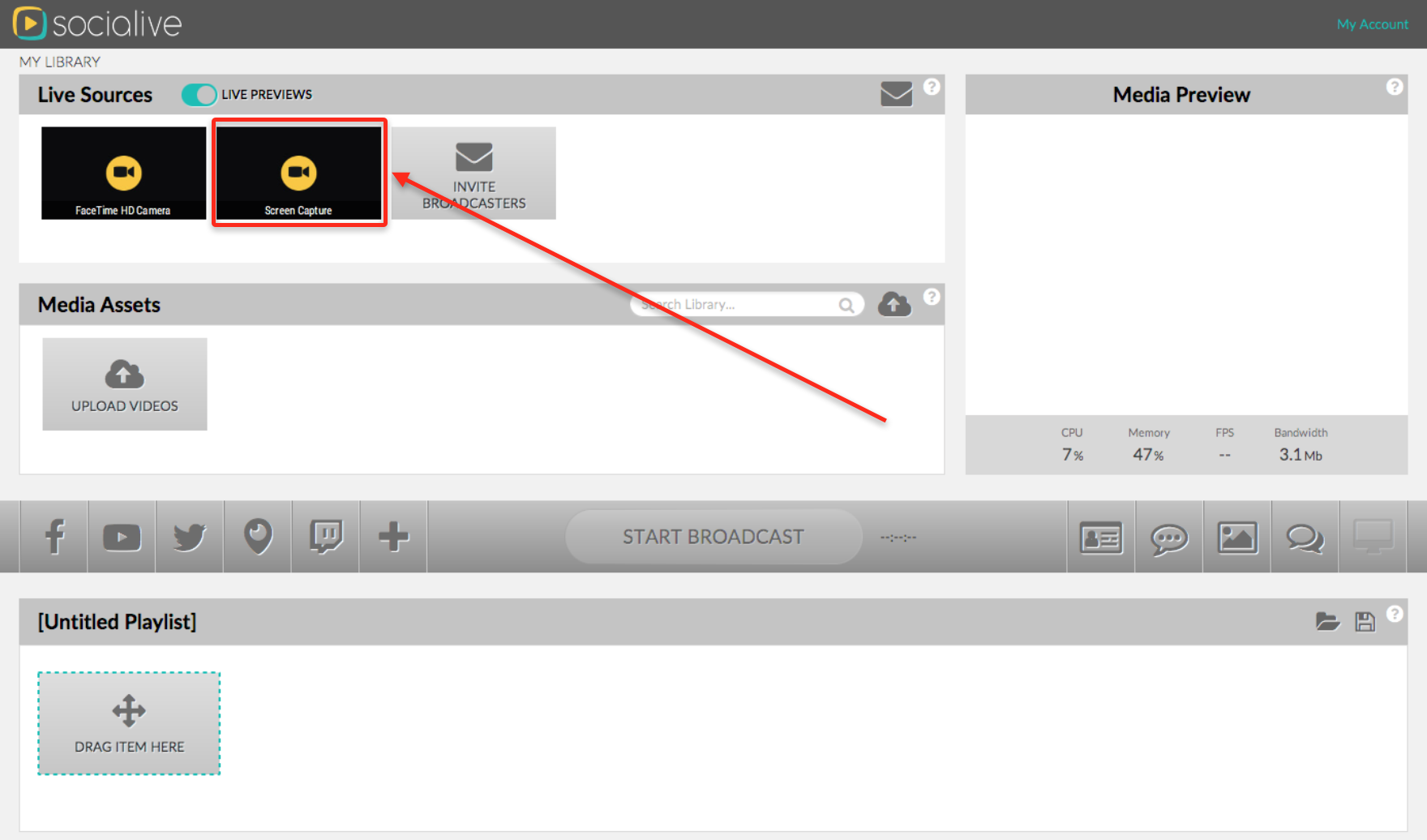 A capture of your computer's screen will come up in the "Media Preview" window on right: 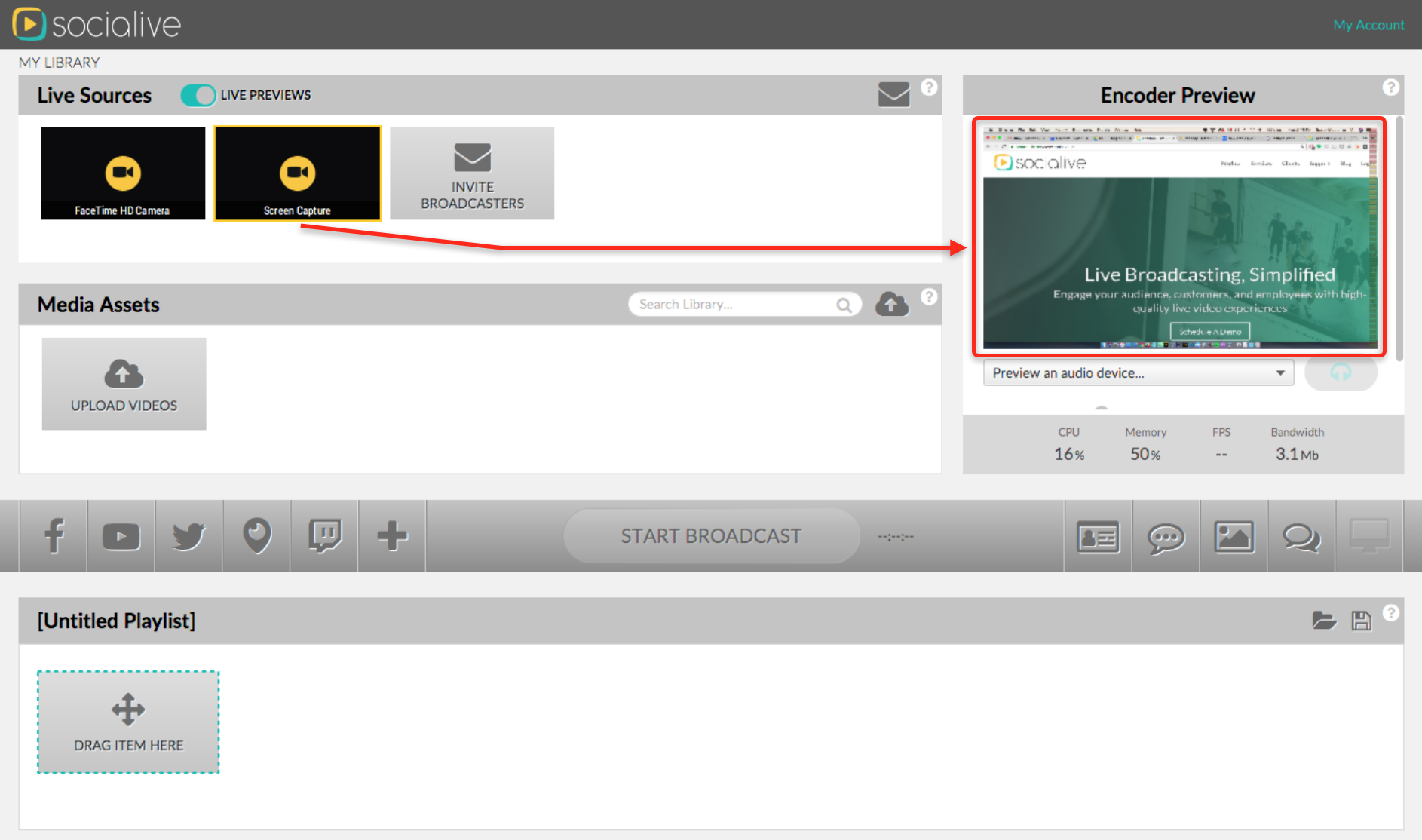 When you drag your Screen Capture to the Playlist, you'll be prompted to choose an audio source: 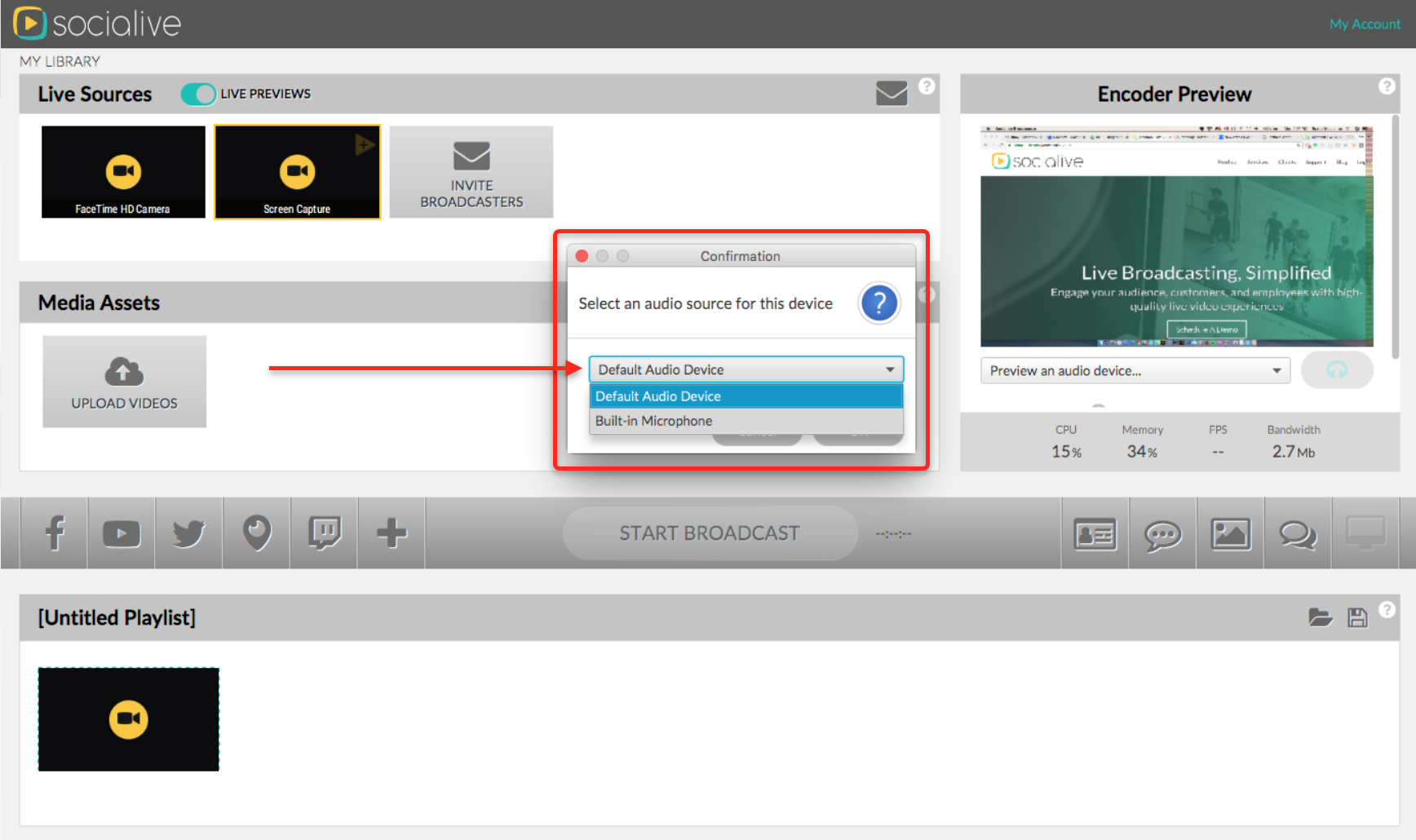 This will allow you to choose an external microphone into which the broadcast's presenter is speaking.

Order your screen capture in the playlist among your other sources as you like, and have a great broadcast!